Is Bangkok safe for kids? 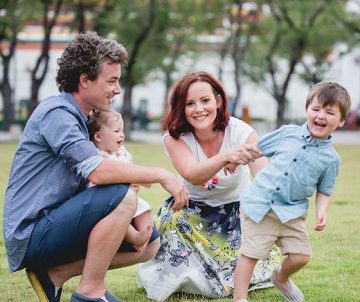 Based on recent figures, Bangkok is relatively safe for everyone, especially children, in the face of the COVID-19 pandemic.

In fact, it isn’t just Bangkok but the whole country that’s reportedly beating the pandemic.

In a news article early this June, Bangkok Post said that Thailand is “relatively unscathed” by COVID-19, adding that since the outbreak in January this year, only 58 deaths have been reported. The total infections were at 3,121 with 2,987 recoveries.

Other countries are not as fortunate.

According to Matthew Tostevin, Reuters’ editor for Southeast Asia, countries like Indonesia aren’t as lucky. In Jakarta, Tostevin said that by the latter part of March, there’s “1,000 more burials than usual, since records began.”

The editor said Reuters did not find a large number of unexplained deaths in Thailand.

Why is Bangkok winning? Remarkable early prevention efforts could be the key.

At the onset of the pandemic and much to his credit, Thailand’s Prime Minister Prayuth Chan-ocha had directed the servicemen (navy, air force and army) to bring in medical teams to the country’s international airports to help screen passengers arriving from China, the pandemic’s epicenter.

Two international airports in Bangkok were reportedly provided with such teams as well.

In addition, there’s a pier on the Chao Phraya River close to Bangkok that has been transformed into a medical checkpoint, screening crewmen arriving from China via the Gulf of Thailand.

The early preventive action spearheaded by the government is now being credited by businessmen and the media as an essential, primary step in effectively slowing the spread of the virus.

Aside from the preventive efforts leading to fewer COVID-19 infections and deaths, he credited the country’s testing capability as well.

“Detecting infected patients is a good sign because it shows that our system is efficient,” he said.

Also being cited as contributory to Bangkok’s growing safety are contributions from the medical community and the public cooperation in general.

“Bangkok boasts of high-quality medical services and hospitals,” wrote the Washington Times back in February, saying the country’s medical competence draws a lot of patients from European countries, the Middle East and the United States.

In fact, the country’s health care had been rated as sixth in the world, outstripping Belgium, France and Spain in a ranking by US magazine CEOWORLD.

Dr. Taweesilp Visanuyothin, spokesman for the Centre for Covid-19 Situation Administration here in Thailand, on the other hand stated during a discussion at the Foreign Correspondents’ Club that cooperation of 90 percent of the public is crucial in controlling an epidemic.

The people of Thailand gave it.

“I ascribe our success to the spirit of cooperation of the public”, said Dr. Visanuyothin.